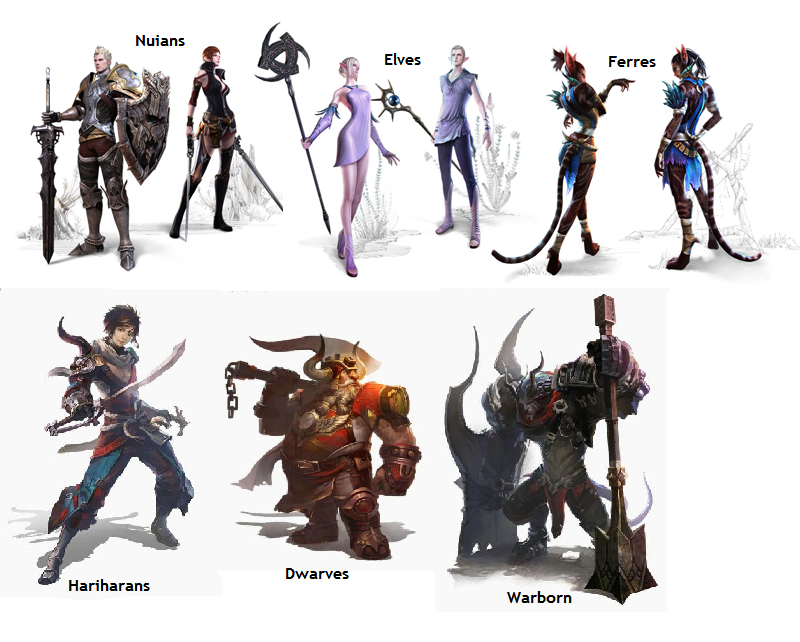 - "Lithe Flow" - Increases swim speed +5% and allows you to hold your breath for +30sec for 5min.
- "Environmentalist" - Increases the Maximum Health of all allies’ mounts within 10m by +10% for 5min.


Transformation Skills
​
Juggernaut Skills (Dwarf Transformation):​
- Homing Round: 30m range single projectile. Inflicts Target Lock, making enemies more susceptible to other Juggernaut skills. Also unleashes the Fire Flood effect under the target’s feet when it hits, which deals damage over time to anyone who stands there.
- Scattershot: Fires a burst of shrapnel at nearby targets, hitting closer targets multiple times. Fires extra shrapnel at nearby Locked targets.
- Bombardment: Fires a stream of fireballs at the target. Has a chance to interrupt on Critical Hits.
- Dual Cannon: Fire two enormous fireballs at the target. Guaranteed critical hit on Locked targets. Deals additional damage to Stunned targets.​
- Iron Fist: Charges up to 20m towards a target and attacks them.
- Uppercut: Launches the target into the air.
- Leaps up to 12m and slams down on a target’s location, dealing damage in a small area. Stuns Locked targets.​
- Shelling skills load Fire Bombs, which deal cause continuous explosions in a small area on impact.
- Melee Skills load Frost Bombs, which slow all enemies in a large area on impact.
- Shield Skills load Gale Bombs, which increase the Attack Speed and Move Speed of all allies within a large area of effect.​
- Lowers armor plating in front of the Juggernaut and erects a powerful forcefield for a short time. Grants the Juggernaut +40% Block Rate and restores 180% of damage received as health. All allies behind the forcefield receive -20% damage.
- Enables Juggernaut Charge​
- Grants immunity to all debuffs for a short time, but drains the Juggernaut’s power supply much faster. When Temporal Armor ends, the Juggernaut disappears and the caster is temporarily incapacitated.
- Temporal Armor’s maximum duration decreases in proportion to remaining Juggernaut time.​

- Attack 1: Damages the enemy.
- Attack 2: Inflicts Bleeding on Shaken targets.
- Attack 3: Deals additional damage depending on the targets rank of Bleeding (up to 80% at Rank 5 Bleeding)​
- Attack 1: Deals damage to all enemies in a 6m radius and pulls them closer. Inflicts Bleeding if used while under the effects of Hunter’s Glory.
- Attack 2: Damages all enemies in a 4m radius and inflicts Shaken.​
- Covers the ravager in blade-sharp scales, slowing move speed and reducing evasion, but also reducing received damage by -50%. Duration is doubled if cast while under 50% maximum health.
- The caster can end this effect early by casting Scale Burst, which launches the scales forward and deals damage to all enemies in a straight line.​
- Makes the ravage temporarily immortal, preventing lethal damage from killing it. But also increases received damage +25%. When Queen’s Blessing ends, you return to your normal form and are incapacitated for a short time.
- This skill’s maximum duration decreases in proportion to remaining Ravager time.​

That dwarf and warborn balance though.

Are we going to pretend this isn't broken?
F

We elves get to boost our 10k hp pets to 11k for a whole 5 minutes though. Hype! #needsnerf

Staff member
Elder
Not everything about 3.0 will everyone like but the team has made some changes to 3.0 so far that we did not see on trion version and I'm sure as we move forward we will see other changes done that are possible and make sense.

Can we please keep the current passive skills.... passive.
H

i assume that abyssal skills arnt in this patch?
T

Honestly I don't see why do the passives of every race become an active of 5 min in a 30 minute CD. They should stay as passives, making them actives takes away the reason of why you would play X race, rather play a race that has a transformation that is actually benefitial than a race that you can only activate a buff that was their passive for just 5 minutes.
Balance wise, it would be better to keep the passives as passives.
V

@Sparkle this is one of the things I was referencing. This should be revisited after the 3.0 release

Most players want the old race skills (Elves, Ferre, Nuia, Hariharan) to stay as they are in 2.9. Where they're always "on" and don't only last for 5 minutes.

vulgrr said:
@Sparkle this is one of the things I was referencing. This should be revisited after the 3.0 release

Most players want the old race skills (Elves, Ferre, Nuia, Hariharan) to stay as they are in 2.9. Where they're always "on" and don't only last for 5 minutes.

But for now, lets focus on getting 3.0 live and working.
Click to expand...

Something we can ask for later maybe but right now it was already stated that it wont be looked at for now.
H

+1 for keeping passives making it a skill , is a nerf to the weaker races

HeyHeyIndeed said:
i assume that abyssal skills arnt in this patch?
Click to expand...

They are in this patch.
H

Sparkle said:
They are in this patch.
Click to expand...