Summer has begun, and everyone is preparing to enjoy their favorite summer activities.
Describe your favorite real life summer activities using ArcheRage world. ​
​
You need to include:​
​
Rewards:​
​
The most interesting stories will be rewarded with 1st-3rd places.​
When choosing the best stories we’ll pay attention to both – your screenshots(gif) and your story text, as well as the way you present them.​
1st place - 3500 credits + Aquestria (wrapped)​ 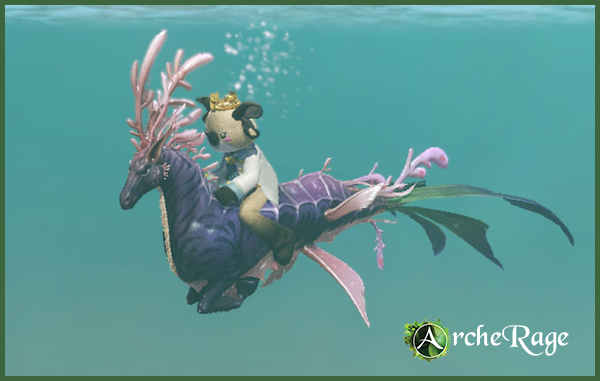 ​
Then with a help of a randomizer, we’ll choose 5 other winners that will receive one of the following rewards:​
​ 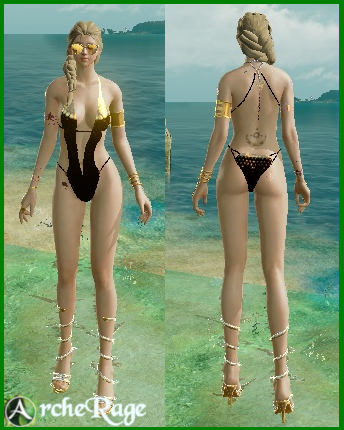 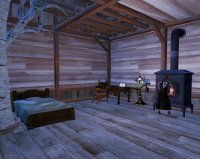 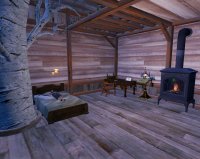 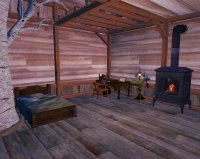 Eat-Sleep-Game-Repeat
Long ago, a man has a well balance life style. Then, everything changed when 2020 attacked.
Last edited: Jun 4, 2020
V


Here's the Imgur album link, a and the full length Webm. Special thanks to Wasserman and Cervantes.
Last edited: Jun 21, 2020

EDIT:
Hanging out with my friends around the campfire listening to some good music. This is the main thing I love about camping. After getting the tent set up, I'm ready for the night. The forest can be so beautiful!!! So great to find the different flowers. They smell so good!! A great way to end the day is to watch the sun set. As it goes down you get to see such beautiful vibrant colors!! And then in the mornings you feel the warmth of the sun as it rises. Enjoying the morning with the local wildlife, I am ready for the new day. When the days are long again and the nights no longer cold, I find I enjoy doing my favourite activities a lot more.
My fingers desire to be creative, be it writing, drawing, or painting, or something else entirely. 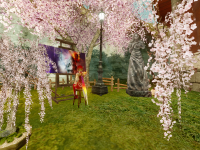 The ocean calls me, however, she begs for me to rejoin her after our separation since last year. I long to feel the water around me again: the way it gently moves my hair and caresses my skin while I swim. It feels like home.

Then at the end of these long days, I like to hide away with my books at a comforting fire. The crackling of the embers is a soothing sound to my tired ears, and I escape for a little while in a world not my own, until I feel drowsy enough to sleep despite the seemingly everlasting daylight.

Summer has begun, and everyone is preparing to enjoy their favorite summer activities, Hello, this is Chiaki and here is my Cow Story as doing as I am, I started the day with cleaning and decorating My new house. Then, as usual, I'm going to do my routines after done with the cleanup.

I start by planting some vegetables and the others, gather and process It. Get ready for materials of the trade run packs, collect and then process It. And I'm ready!

​
And Finally, I'm ready to do trade runs. But Before that, I need to check the rates, which one that has high rates! But mostly they're destroyed, so I'm going to make a YOLO trades run, then everything changed when the Fire Nation attacked. Request Time-out (RTO) attacked.

​
Then, of course, I can't make any trades run until my ISP back to normal, and I decided to do a cartographer for Achievement, but once again, It was a Bad Idea, I got disconnected under the sea and ends up on Nui's Priest when I re-login. IT'S RUINS MY MOOD!

​
So I think It's all my stories In this summer, and the RTO still happened till now. I found a way to use VPN to not disconnected after the RTO, but sometimes It's still Disconnect me when the RTO overpowered. xD Okie BYE! Have a beautiful day.

Thinking back on all the summers that have come and gone, the couple from my early adulthood stand out the most. The roaring crashes of crystal blue against the grainy white, the surf rolling onto the turf and then receding again in harmonious rhythm as old as time itself. The swimsuits worn half a size too small to keep the sand out but perfectly wrapping sunkissed skin which lay outstretched for miles along the coast.

With my body slipping back into a beach chair and my soles planted two inches deep on either side of me, the cool breeze carried away the want and worry of all of the troubles of the outside world. The sun high and hot, the drinks tall and cold, the food rich and spicy, and play and joy thick in the air, we whiled away the day and afternoon. As afternoon came to a close and dusk began to set upon the beaches, we knew the hour drew near. Innocent celebration drew into anticipation for what was to come after dark. The beginnings of bonfires were lit, and people began to dance around them like savages. The liquor flowed like water. In some cases, those tight swimsuits were cast completely aside, allowing full freedom for its former wearer to contort and gyrate around the rising flames. The sounds of voices rose with the fire in guttural, primal tones and syllables.

For those who had been coming summer after summer for years and years, the more grandiose the escapade, the better. For others like me who had only been a few times, pairing off was preferred to large group activities. The dabbing had begun by nightfall following a day of drinking and celebration, making drawstrings and nylon far easier to loosen and remove. Bare flesh against bare flesh for miles along the coast, and the voices had fallen low to sing in unison the song of ecstasy. Untold pleasure in each sip and in each suck.

In retrospect, I probably should have worn a condom.

Hi Everyone, It's Hyakk and the Summer Story Time !

So the summer has finally begun, and so is my journey ! But first I tend to start my day like anybody else, I play with my brothers and friends on the beach, Swim and Dance as well!

But that happy life doesn't last for long! When the nights are long and the darkness is everywhere, the fight never ends with the evil sea monsters who captured and destroyed our lovely beach!

I Fight the dark monsters nonstop like a true hero, a real professional, a LEGEND, THE SAVIOR OF THE BEACH, just like this!


Hmm that wasn't planned and it shouldn't be on my post, but whatever it's not like you never died before
But I'll tell you what! When Pro-Mode is active I make sure that they suffer as much as they made us all suffer just to find or drop some purses and crates!


I have zero tolerance with any crab, Lobster or an alligator out there that is holding on a purse/crate and doesn't want to pass it to anyone so I make sure to punish them all for being this rude !
But then, the unexpected happens, and it happens every single day, the nightmare and the worst of all, the only thing that I couldn't pass or help, but keep it to myself while the tears are in my eyes because of RNGesus, i keep getting Dced....

This was the end of the story, Sorry it's not based on real life activities except for the first part :3


One morning I decided to go to the beach The quickest way was the shortest way I got there I swam with my bike I bet running on the hills with my friends I took a picture to post on social networks I got a friend to spend the night The next morning I'm ready to go home I hit the road early And that was my story Staff member
Administrator
Event is over.
Results will be posted within 24-48 hours.​

P.S. @PiczterKun message me with your dance choice.