Pirates! The word that strikes fear into the hearts of people. If you see them, you may loose everything you have and you are lucky if they leave you your life.​
That formidable rulers of the seas put their lives at stake in a hope to reach unbelievable wealth. They dreamt about gold, emeralds, rubies, expensive fabrics and other treasures.​
Many lost their lives in the fight to the death, but many succeed and accumulated unimaginable wealth.​
And our story is about those daredevils who were lucky in hunting treasures and accumulating them - a crew of a pirate ship "Falcon", that conquered the seas for many years.​
Long, long time ago that name was terrifying, everyone was so scared that even didn't mention it out loud. At that time, it was the most dangerous and fastest ship that conquered the seas.​
Long, long time ago... But time takes its toll and now its wreckage, forgotten by everyone, rests at the bottom of the Arcadian Sea.​

Years, decades, centuries passed, and now, by chance, an old text scroll fell into your hands. That scroll, written by a hand of one of the pirates, told you a story of "Falcon" pirates and their last voyage. The scroll faded in places, somewhere clumsy notes just flowed, becoming unreadable, but all you can read is:​
"Five.. ten.. twenty... How many days have passed from that horrible storm?! I lost a track of that days. All we have around is water... water... water. And nothing else. Sails were torn, the mast was damaged and all that is left for us is just to drift and wait in a hope. We are still hoping for the best!​
******​
Food is almost over, same with the water. Sailors are loitering around, emaciated, with emotionless faces and empty eyes, like ghosts. I'm not loosing the hope yet as my Amy is waiting for me. She's pregnant and we'll have a baby soon. Want to see them both, at least once more.​
Captain stopped giving us orders, he locked himself in his cabin and not letting us enter, just mumbling something about the treasures, about the secret treasures. This hopelessness that we are in, probably drove him crazy...​
******​
Damn calm... not even s small wind blow... just nothing! I hate being so helpless. Nui, I'm begging you, please save us. I'm not setting foot on any ship ever again!
******

Food is over, same with the water. Now it's just a matter of time when life is done with us. Death is patiently waiting, but I'm not ready to go yet. Yesterday we lost 3 from our crew. This morning brought 2 more deaths. I believe that are my last words.
******

Can't believe I'm saying it, but, I'm alive. After that many days of calm, new storm moved our ship in a crazy dance to the land. Land! A piece of land in the ocean, but how much joy it brought to us! Finally, food and fresh water!
******


Our captain died today. And before his death, he gathered the whole team and told us something. He was exhausted and was murmuring something we couldn't understand at first. Something about him feeling guilty in our misfortune.​
The captain told us it's all his fault. His greed made him take that ancient treasures. When he understood that treasure is cursed, he hid it, but it was already too late! Captain was blaming himself but there was nothing he could do about it now, so he took out a map and tore it into three pieces, which he gave to us and ordered to hide that pieces and never search for the treasures. And then, he died...​
******​
During the next few weeks we were actively building a new clipper that would fit the remaining members of the crew. Not many of us left, swore to keep a secret of these cursed treasures that brought us nothing but misfortune. We thought of throwing that pieces of map into the sea, tearing them into the small pieces or burning it, but something was stopping us from it. Hopefully one day I'll do it and get rid of this piece of map, leading to the cursed treasures..."​
Many year have passed from that events. Treasure is still hidden somewhere and only map can tell where it is.​
Will you risk to find the descendants of survived pirates? Maybe they are still keeping pieces of the map?!
Are you brave and courageous enough to start this adventure, overcome the ancient curse and find an ancient treasure?

Your task is to find keepers of the map pieces, complete their tasks, collect the pieces of the lost map and find the Ancient Treasure.​
Event Rules:​
Registration form:
(deadline - January, 30th)

Staff member
Administrator
Thread is updated with the details of the reward winners will get from the Treasure Chest.​

Sparkle said:
Reward:​
(it's hidden in the treasure chest and only winning team will get it; each winning team member will receive it)​
Click to expand...

I see nothing else written about other rewards... So only if you win, you get something? Nothing for participating?

Aviendha said:
I see nothing else written about other rewards... So only if you win, you get something? Nothing for participating?
Click to expand...

Sparkle said:
Only 1 team can win and receive a reward. Gather all pieces of the map, find a place where the treasure is hidden and obtain your treasure.
Click to expand...

Other teams will receive a decor book "Pirate Journal" when they get to the end. Plus you'll spend good time in game with your friends solving riddles.
S

Sparkle said:
As it's said:

Other teams will receive a decor book "Pirate Journal" when they get to the end. Plus you'll spend good time in game with your friends solving riddles.
Click to expand...

Thanks, just wanted to double check. Wish everyone best of luck but I'll pass c:

Staff member
Administrator
A bit more than 1 day left until the end of registration. In case by that time we'll not have 7 and more teams registered for it, event will be moved to the after holidays date (January, 11th) and registration time extended.​

Staff member
Administrator
As we are starting another custom event this week, that will require almost daily involvement from the players, we are temporary removing the date and time of this event start as the current timing may be uncomfortable for many players interested to participate.​
Players or teams that would like to take part in this event, please post the best day of the week (or even date) and time that will be good for you. That will help us to find the best date and time, so majority could be involved.​
Thank you.​

saturday or sunday for sure

After a bloodless coup involving germ warfare and stale tea, Zing has been overthrown as group leader and quarantined to his sickbed.
Should this event take place this week, SPUDDY BUDDIES shall ride as
group leader: Num
brilliant treasure hunters: Aestru, Deneb, Talik and Sixinch (tentative as he's half the man he used to be)

Staff member
Administrator
Teams,
I'll be waiting for you here tomorrow at 4pm server time. And don't be late! You'll have only 3 hours to find treasures. 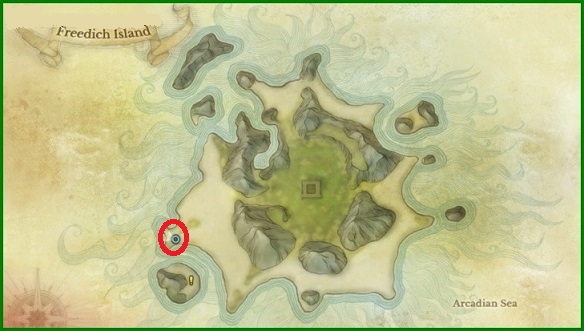 P.S. If any other players decide to team up and participate as well, come 10 minutes earlier to the same place.

@Sparkle can we have subs? I lost a team member to a family emergency and one is mia

Staff member
Administrator
Teams,​
Event NPCs will disappear at 7 PM server time. If, by that time, neither of you collect all the pieces and find a treasure, we'll continue the event for you next Sunday, if all teams can join that day (otherwise, we'll choose another date). Team leaders will need to PM me their inventory screenshots with the maps pieces and confirm how many they collected by 7 pm today.​
Teams will get 2000; 1000 and 500 credits (per team member) accordingly as a reward for this week depending on the number of pieces collected (only if neither of the teams find a treasure by 7 PM today).​

Sunday next week, or tomorrow ?