The Exile System is a system that allows players to change a faction from the current faction to another.
Players from a dominant faction can go to a weaker faction. This also applies when returning to your native faction.
​
​
Guide in English can be found below.
For the guide in Portuguese follow the LINK.

Factions involved:​
Requirements to Exile​
* If you Exiled before that quest was set as a requirement and don't have it completed, but you currently need it for further progression or to return back to your home faction, please contact Sparkle in Contact Moderators or Discord for the assistance.
​
Exile Slots: where and when to check

In the Community --> Factions --> Faction Information tab, you can check the information on the factions and capacity currently accepting Exile.​ 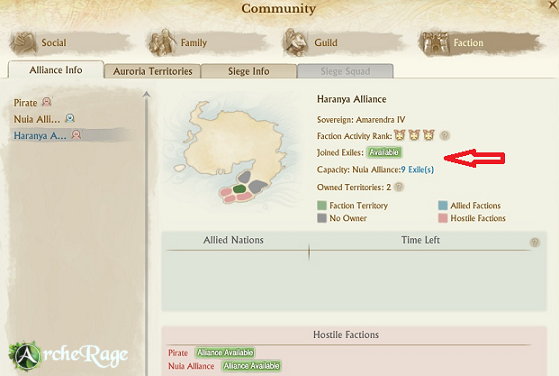 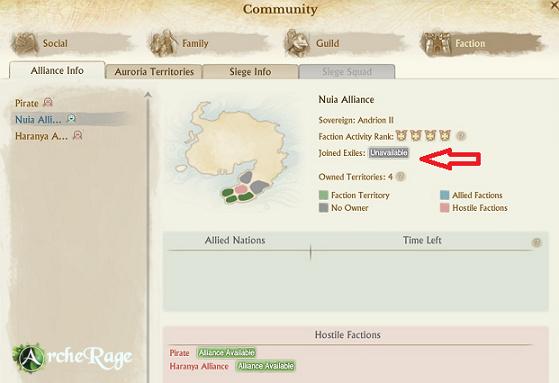 Information about the factions power and exile slots is reset at 0:00 on Sunday when the dominant/inferior judgment is made.

You need to interact with one of NPCs to change faction:​ 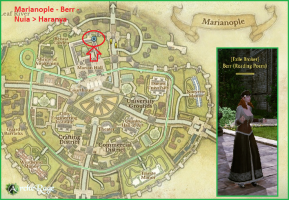 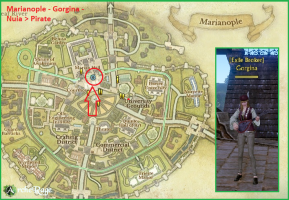 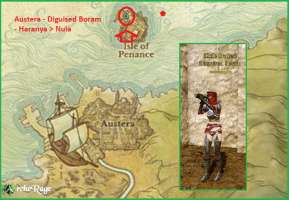 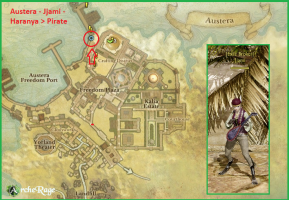 If you meet Exile requirements NPC will provide you with an exile quest. Complete it to receive Exile item.

Important! Exile item expires in 5 minutes if not used!​