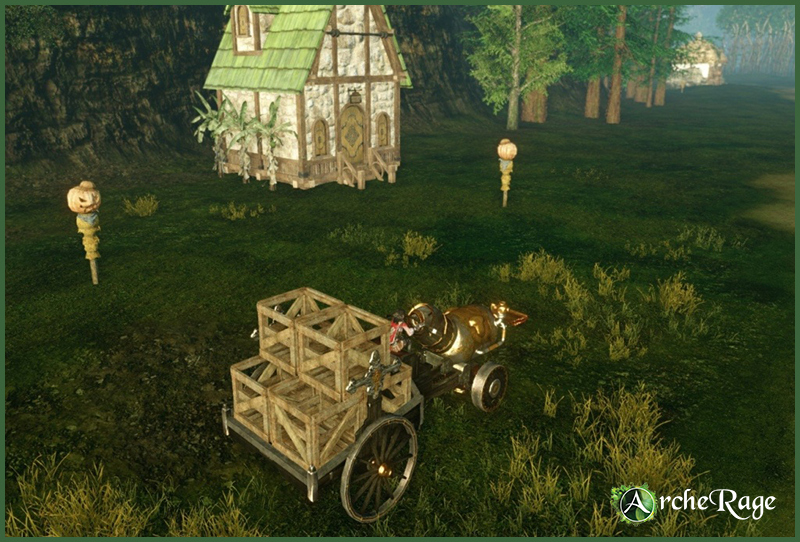 What are Trade Packages

Trade Package (Pack) is a package of goods created by a player and used in Trading. Once the pack is ready, your character carries it on his/her back. As packs are worn on the back, they reduce character’s movement speed, hence it’ll be nice to have a helper (ships, airships, or donkeys). You can deliver the pack to the other location in order to get Gold or Gilda Stars. The greatness of reward depends on a distance your character has traveled.


How to create a Pack

The first and essential component for creating the pack is Merchant Certificate, which you may get for 50 silver coins from the Crafting Merchant. After that, you need to collect resources for crafting. Different packs require different resources. The list of goods for craft you can find in craft book in Commerce section.

Now, after collecting all required for your pack resources and getting a Certificate, you need to find a special workshop where the pack will be crafted. A Game Map will save your time and help you find it.

You will get gold 22 hours after the deal but with 5% gain, as to Gilda stars - you will get them right away.

1. If you are thinking that "Commerce" profession will bring you a pack of money, than you are thinking in the right direction. Of course along with that you should realize that Trading has its own laws and a unique mechanism of money making. Learn those and be a King!

2. You can be selling ONLY in other locations. That’s why for money you should go to foreign territories. The longer the way from place of creating a pack to place of delivery, the higher reward. Very often you will get the biggest profit for selling a pack on other continent or Freelich. The journey is risky but the reward is worth it.

3. You will get less profit if similar packs are delivered to the same location, where you want to sell the pack. Be fast and deliver the pack before anyone else.