Berker said:
As I see that no one has given any suggestions of mythical beasts yet, there goes mine:

False player: As the story of this mythical being says, being an excellent weaver can create a shadow of the player and itself to escape, leaving behind the bait
Thread harpoon: By possessing a strong thread, it can shoot a strong line into a structure and quickly approach this
Hide: As a human spider, it can hide or take on a similar shape to the player for a few brief seconds
Running: The classic skill, which can lift your speed for a few simple seconds but as a countermeasure that has a cooldown time where your speed is slowly restored to normal
Eggs: As the mythology says, to invoke "hatchlings" to help attack briefly or to put a 1-2 second debuff of paralysis

In its history is the Greek boatman who helps the souls, so it could be given a more symbolic character in the sea than on land making it a specifically sea mount

Safe Route: Turning on your lamp can make you momentarily invisible but you could not use the skill within 5 minutes (to avoid abuse)
Quick revival: As this subject was in charge of transporting souls, it would be ideal to take him as a "respawning point" but with the requirement of being more than 2 minutes at sea, thus avoiding the misuse of the skill
Soul Protection: Creates a protective field that absorbs damage for 10 seconds but consumes SP from both the summoner and the boatman
Fast speed: Increases the speed of navigation for a few seconds, in turn, the skill could go up to 25 m/s "paying" a fee that could be considered as some extra item or "souls" themselves that can be achieved in the game, the more souls you have the faster you can go for 10 seconds
Payday: Respecting the story of this character, it would be nice to have a skill where you pay the boatman to take you on a trip, I don't think it's automatic but maybe using map markers and he follows you, I don't know if it's possible, it would be quite interesting

There are many others that can be fully utilized, perhaps if they are focused they can attract many eastern MMOS players who love precisely those history features

Both are really cool idea's and would be fun to see in game!
C

why the models were from the old.can we see something new?

Captain said:
why the models were from the old.can we see something new?
Click to expand...

We can take only already existing models and change them (size, effects). Creating completely new models for mounts and pets requires different specialists that we don't have in our team.

Here I was getting ready to write up my Mount Idea for a "Black Ops Mecha" using the Patrol Mech as a base when I realized the point is to come up with ideas for the Green Lion shown in the OP. Oh well, here's my idea:

The Jade Emperor is a support mount designed to help those around it. As the name suggests, it is meant to lead the fight, strengthen the abilities of those fighting around it, and act as a beacon to rally to. The Emperor itself does not engage its enemies directly, but empowers those around it to do so with greater effect. As such, all of its abilities are AoE based, but it has no methods of directly attacking in the way that some mounts do. It does however have one offensive ability that isn't just a buff.

Emperor's Call: The Jade Emperor roars increasing its own speed, and the speed of all nearby allies by 40% for 10 seconds. 30 second CD because, while it's strong in groups, no amount of CD would lessen the effect of just having 50 of these things using it one after the other. Smaller speed boost if this is stackable with other buffs like RUN!, larger if it is not. Also does not stack with itself regardless, so no mass Jade Emperor Spam of moving 999 m/s because they multi stacked Emperor's Call.

Emperor's Judgement: Instant Cast AoE Fear around the Emperor's location. It has a very large AoE, but enemies are feared for longer the closer they are to the Jade Emperor, ranging from 1-3 seconds.

Emperor's Mercy: A channeled ability that creates an AoE around the Emperor. Allies inside this AoE are healed. Channel lasts for 10 seconds, healing every 1 second. Every 2 seconds, Slows and Roots are dispelled within the AoE. The healing from this ability gets stronger the longer the effect goes on. (Meaning it's a good idea to interrupt it early)

Emperor's Wrath: The Emperor buffs all allies within a radius, causing their next melee or ranged attack to deal a flat increase of damage.

Emperor's Army: The Emperor summons archers to fire on its behalf, firing a rain of arrows to the targeted location and causing AoE damage. (It doesn't actually summon archers... just creates a 'Missile Rain' effect from behind the Emperor's location) 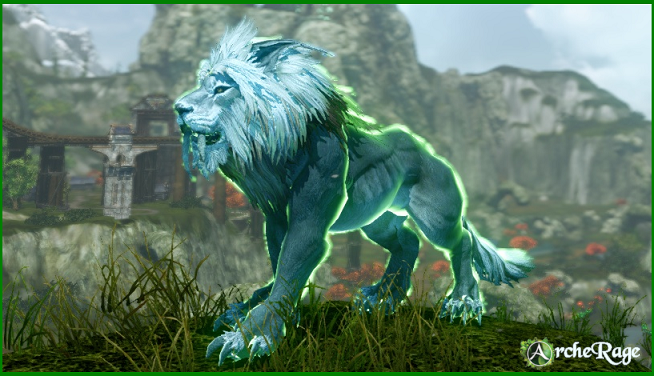 Unwrap Maahes to obtain: Maahes, Maahes Legguards, Maahes Helm, Maahes Saddle.
Lion mounts run like the wind; give them the reins on flat ground, and they'll run for hours.