Shortly about the service:​
Easy steps to be completed:

First of all, no matter if you are the Sender or the Receiver, you need to access your Account Panel and choose “Character Transfer”. Then choose your role. After it:​ 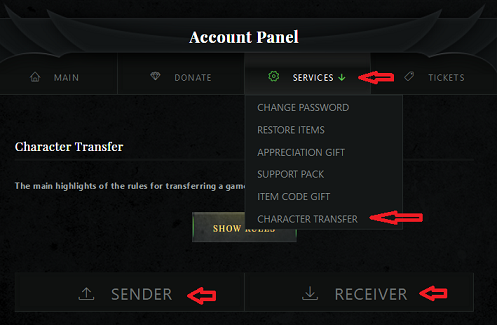 1. Sender selects the character he(she) wants to transfer to another account. Important! Character must have an empty friend list and not be a member of a family or a guild, as well as not to be a hero! Guild leaders don't need to leave the guild for character transfer.
2. Sender specifies the desired character credit price and selects who will pay the fixed service fee (fixed credits amount). In case of successful transfer, a service fee will be deducted from the received payment. Total service fee is 5% of the total amount + fixed fee (10k credits).
3. Sender needs to press Continue and enter the confirmation code from the e-mail. That will activate Transfer Code on sender’s account panel. Then Sender will have 24 hours to provide generated Transfer Code to the Receiver.​ 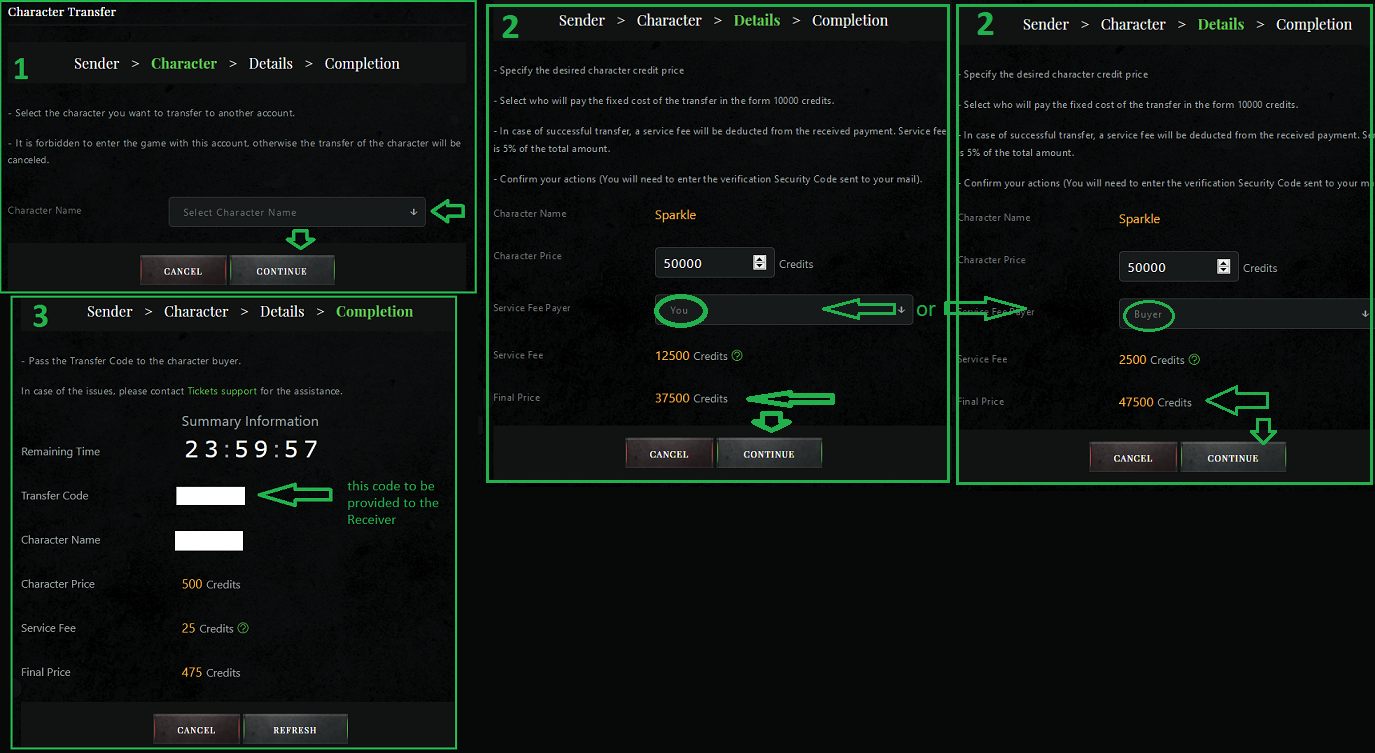 Receiver:
1. Receiver enters a Transfer Code he received from the Sender.
2. Receiver needs to make sure that the character credit price is correct as well as check character data by clicking the Details button.
3. If Receiver wants, he can also enter a new character name and character name will be changed at the end of transfer process. Then press Continue if everything is fine and you want to continue.
4. Last step for the Receiver is to either complete the transfer process or cancel it. Receiver will also need to additionally confirm this action by going through small e-mail verification at the end (receiver will receive a confirmation code to the e-mail, he will need to enter).​ 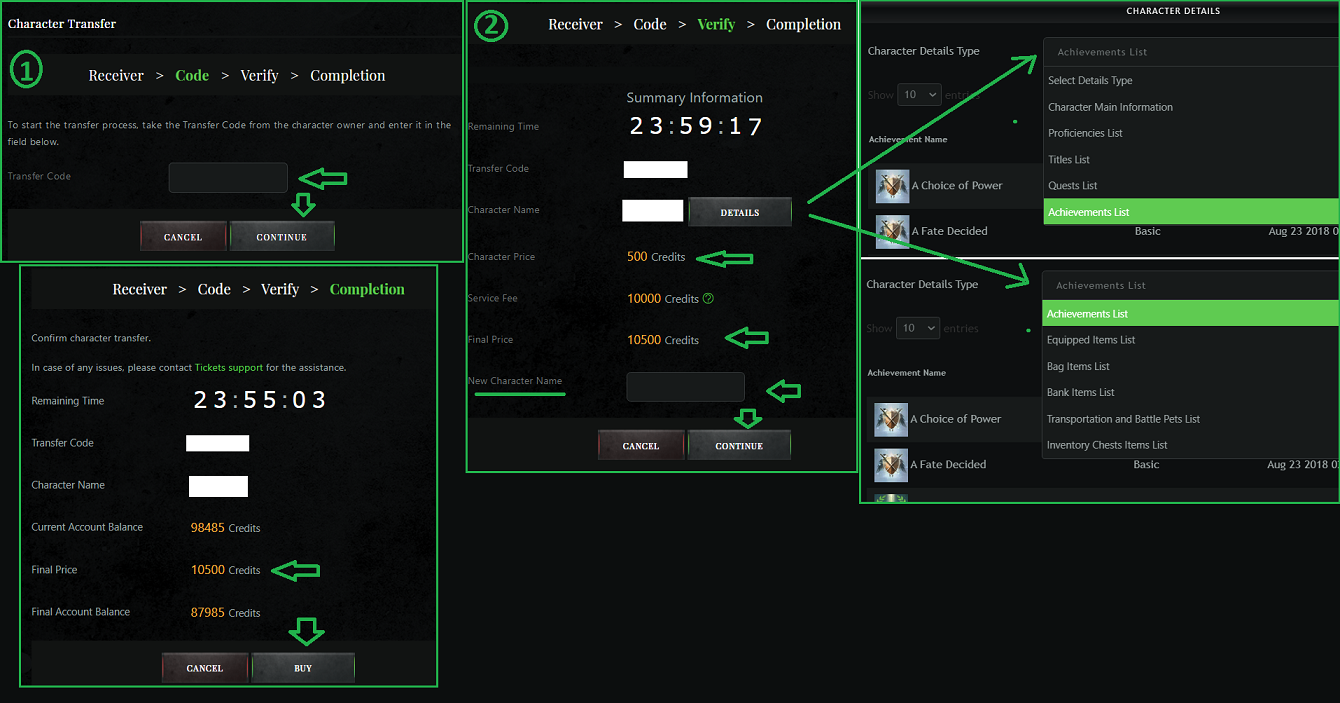 
The main highlights of the rules for transferring a game character to another account:

Its a cool option.

how you can enable sell your character to another player and not share bound items into the same account?

Also looks too elaborated to be an April fools joke

Thank u Very much for so awsome option.

Staff member
Administrator
Added a restriction: Character must have an empty friend list and not be a member of a family or a guild!​
To start a character transfer process and receive a Transfer Code you will first need to make sure that character is no longer a guild or family member as well as has an empty friend list.​
The only exception is a guild leader. Guild leaders don't need to leave the guild for character transfer.
Last edited: Apr 6, 2021

Staff member
Administrator
Added a restriction: Character should not be a Hero.