Information will be updated once any changes in the events, time or dates take place.​
P.S. Not all the ingame events currently running are mentioned here. We'll continue updating this thread with more details on already mentioned events and the details on other events not mentioned here yet.​
Last edited: Jun 30, 2020

Kraken​
​
Day/Time: 6:30 PM (Tues., Thurs., Sat)​
Location: Tranquil Sea (the northern Arcadian Sea)​
Event type: Naval PVE/PVP​
​
Quests:​
Objective:​
Kill the Kraken.​
Upon dying, the Kraken will release Tentacles into the water. These can be collected and worn like trade packs. This may be turned in to any sport fishing trader for either a trophy or the gold amount listed on the tentacle.​
Despawns in 3 hours if not killed.
Last edited: Dec 5, 2019

Quests:​
Objective:
Restore Ezi's Light after an Abyssal Attack and receive a buff from the Victory Flag, or destroy an Ocean's Guardstone to prevent another faction from receiving the buff.​
Last edited: Jul 19, 2019

Quests:
Objective:
Kill the Red Dragon in the Karkasse Ridgelands.


Day/Time: 10:00 AM / 3:00 PM /8:00 PM (daily)
Location: Mistmerrow (you can reach it in one of 2 ways: teleport to Mistsong Summit, or use the Portal that appears in the factions capitals and Diamond Shore at the event start).
Event type: PVP

Quests:
Objective:
It’s a PVP event against the other factions. Claim towers, gather points and obtain Honor and Leadership as a reward.
To gain more Honor additionally destroy sub and main towers.

Details:
Tree times a day, World Gates appear in all central city hubs and participating players gather at a Crimson Watch hub located in the center of the zone. A force-field appears around the safe area, NPCs spawn to provide quests, and players are automatically added to a raid with members from their faction.

When the contest starts, blood spires spawn around the battlefield and the force field dissipates. Players rush toward the spires and attempt to capture them by disabling surrounding towers.
The Crimson Alter serves as a respawn location for all factions. The Map contains 6 Basins which are label according to their position on the map: NW Basin, NE Basin, E Basin, SE Basin, SW Basin, W Basin.

To obtain points a faction must Destroy and Capture the Basin. An Alliance can be award additional points for taking a Basin from an opposing alliance which has a point advantage or is leading.
To Destroy a totem or BloodSpire, stand withing range of the tower and throw fireballs at it.
To Capture a Basin any player in the Alliance that destroyed the Bloodspire can approach the mist and activate (press F) the Capture of the Basin. Once a Basin has been captured, a new Bloodspire will appear.

Points are generated based on how many spires are captured or re-captured during the allotted time for the battle. A spire’s location increases in value based on how many times it’s been captured, and a spire that has been captured multiple times has weakened defenses, making it a highly viable target. At the end of the conflict, all alliance members turn in their quests at the Crimson Watch hub.​

Kadum​
​
Day/Time: in 5 minutes after Mistmerrow Battle end (daily)​
Location: Mistmerrow (you can reach it in one of 2 ways: teleport to Mistsong Summit, or use the Portal that appears in the factions capitals and Diamond Shore at the event start).​
Event type: PVE​
​
Quests:​
Objective:​
After the Mistmerrow War, as soon as Mistmerrow flips to Peace period, an NPC will appear on the platform and give you several quests.​
The Gates appear on the West, Northeast and Southeast basin of Mistmerrow. All three Gates have to be taken down before Kadum will spawn.​
Kadum is a big, tree-looking boss that spawns in the middle of Mistmerrow after all gates have been taken down. Your goal is to defeat Kadum.​
Last edited by a moderator: Dec 17, 2019

Quests:
Objective:
Destroy enemy’s Relic and protect your own.

Details:
Battle for the Golden Plains (Halcyona War) is a world PvP event that results into the factions battle for high-importance strategic point. This event adds some spice to the conflict between the continents. Factions are invited to fight on the territory of Halcyona, where 2 bases appear – Nuia and Haranya.

When war starts, just south of the road near Sun's End Flag spawns. Getting the flag into your base is the first objective. It's very important to get this flag back to your base, because the faction that will get it and set on their base, will gain an advantage in the approaching battle – combat support in the form of three cannons, that will be set in their camp. Note, Flag is a pack, so in case of character’s death it will fall on the ground and anybody will be able to pick it up and bring to his factions base.

Some time later, in the center of each base large crystal Relic will appear. Players’ task is to destroy enemy’s Relic and protect their own.
Last edited: Jul 20, 2019

Ocleera Rift​
​
Day/Time: 12:00 AM / 12:00 PM (daily)​
Location: Riven Gates in Diamond Shores​
Event type: PVE​
​
Quests:​
Objective:​
Be sure to obtain the a quest Sprouting Ocleera's Mark for Ocleera Rift that will reward you with Prestige, Guild XP and Leadership Points. The quest-giver is Crimson Watch NPC named Scout Karlsburg.​
After killing the waves of mobs, the Hateful Ocleera will appear. There is a quest that you will automatically get if you are close by (Kill the Hateful Ocleera) that gives you Guild XP, Prestige and Leadership Points.​
Last edited: Mar 27, 2020

Quests:
Objective:
Kill the Leviathan.
Only a large guild or a well-coordinated alliance stands a chance of defeating the beast. Certain crews must be custom-fit with special cannons to slow down the creature, while others must be prepared to defend their allies’ ships when the Leviathan stops to summon its swarms of minions. The hunt itself will involve a grueling chase all over the Arcadian Sea, as the monster alternates between fleeing for safer waters and turning back to smash at its pursuers.​

Quests:
Objective:
Event participants must cope with the mobs waves and slay a boss that appears in each of the faction bases.

Details:
Players are gathering next to their faction towers. There are Nuia, Haranya, Pirates, and Player Nations towers are available in the zone, that they will need to defend.
Pick up quests from the Crimson Watch Camp in the south before heading to your point.

Towers can be defended using your skills, or you can make use of the mechanical turrets powered by malevolent shadow surrounding your tower. Simply walk up and activate a turret to fire it against the hordes of enemies that will approach.
Complete your 3 daily quests for an extra quest completion that affords some Cursed Armor Scraps and Honor Points.
Main event quests (Whalesong Siege 1; 2; 3) will require you to Kill Anthalon's Elite that spawn in 3 waves.
After the third wave of mobs, the boss Jakar will spawn. He does deadly Meteor Showers and a lot of AoEs.

The aim of the spawned mobs/boss is to destroy the Spire, so by killing the boss, you are protecting the Spire. If the Spire is destroyed without the boss being killed, the event ends.​
Last edited: Aug 6, 2019 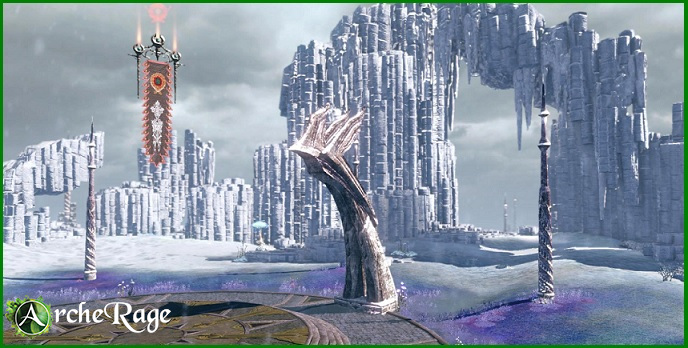 Quests:​
Objective:
Event participants must cope with 3 waves of mobs and slay a boss.

Details:
In the Aegis Island Seal Defense, all factions have designated areas to prevent Anthalon from destroying the seals. The quests will instruct you where to head to defend. You can obtain the quests from the Crimson Watch Camp, on the north side of Torch of Ipnya.

To get the Poison debuff off you, you can:
- Quickly run to the Nui.
- Get songcrafters to play Alarm Call (Ancestral: Life).
- Stand close to a Seal Mage and he does a PBAoE that takes off the Poison.

Throughout the entire fight, Seal Wardens will spawn automatically. You can only command the Seal Wardens when the Guardian Spirits are standing up and holding up their swords.

Conquer the Final Sealbreaker to end the event, enter the portal that opens near the center and collect your rewards.​

Crimson Rift (CR)​
​
Day/Time: 12:00 PM / 6:00 PM game time (daily)​
Location: 12:00 pm: Cinderstone Moor (Nuia) & Ynystere (Haranya); 6:00 pm - Sungold Fields (Auroria)​
Event type: PVE​
​
Quests:​
Objective:​
It has three waves of monsters and two bosses. Event ends whenever all mobs are killed.​
Accept quests from Nui's Shield Recruiter and complete them to earn Honor Points and Leadership.​
​
Details:​
Stage 1: You need to kill Crimson Army Infantrymen and Archers spawning in the first wave.​
Stage 2: You need to kill Crimson Army Soldiers and Reserves spawning in the second wave.​
Stage 3: You need to kill Crimson Army Commanders and Spearmen spawning in the third wave.​
Stage 4: As soon as 3 waves of mobs are completely killed, the 2 Hound of Kyrios will spawn.​
​
Auroria CR is a bit different. Once both of the Hound of Kyrios are killed, stronger Boss will instantly spawn – Anthalon.​
Kill him to complete your Anthalon quests and get rewarded.​
Last edited: Mar 27, 2020

Quests:​
Objective:
It has two waves of monsters and two bosses. Event ends whenever all mobs are killed.
Accept and complete quests to earn Honor Points and Leadership.
It is similar to the Crimson Rift, but has more work involved.
The mobs require you to shoot a harpoon gun at them to destroy them. In order to be able to use the harpoons guns you first need to build a Trebuchet.

Details:
In order to get to honor point quest, player must take the 1st mission at Blue Salt Brotherhood Bulletin Board. You may be required to bring one of the following materials: 5 Stone Bricks; 5 Lumber; 5 Leather; 5 Iron Ingots; 5 Fabric.
Turn in the materials to Burnt Castle Camp and talk to Blue Salt Brotherhood NPC to obtain a “To The Arena” quest that will request you to deliver and use 2 Condensed Archeum packs to use on the trebuchet.

Quests:
Objective:
If you are a keen of fishing this event is for you. Every Saturday go to Mirage Isle to enjoy a full hour of fishing and participate in the fishermen competition.
After entering the area, fly straight to bay in front of you. You will notice a circle made out of wooden stations.
Talk to Daru NPC Surprise Helper and he’ll provide you with a quest as well as temporary Mirage Fishing Rod and Mirage Lures.
Now you are ready to start fishing. You can sport fish for an hour.
Once you catch and loot your fish, at Fish Stand you can either sell it or make it a Trophy.
The bigger fish you catch, the higher you’ll be in the ranking list and, as a result, the better reward you’ll get.​


After clearing the waves two bosses will spawn from the rift.
The quest for this is given by Mirage Isle Auctioneers that you can find near Mirage Isle portals.


Details:​
The quest requires you to kill multiple of 3 different mobs that will spawn

Event type: PvE​
Quests:​
Objective:
This is a new event added with 4.5 release. These invasions start after any of 8 world bosses (list is below) is defeated.

Immediately after the world boss dies, new enemies will appear and will need to be defeated.​
Details:​
Each Shadow Invasion has a boss that is specific to that type of invasion (list is below) and, once defeated, will drop a rare crafting material that can be turned into a valuable new trade pack. Players will also have a chance to earn brand new achievements, Gilda Stars, Honor and Gold Crates packed with Lunarite. Gold Crates can be opened with a Gold Key.​
​
Bosses that trigger a Shadow Invasions​
Nuia​
Haranya​
​
Shadow Invasion Bosses​